» Our programmes » Training of drugs specialists

Being given the ability to rely on their own drug specialists is an invaluable forward step for the countries of the South.
To further this progress, Fondation Pierre Fabre has made training a priority.
________

As is widely known, especially since the Kampala Declaration in 2008, the shortage of qualified personnel is a major obstacle to public health in the least-developed countries. Sending funding and medicines without the support of adequate human resources is an ineffective strategy over the long term.

Pierre Fabre was acutely aware of this reality when creating the Foundation. Which is why he focused his efforts on training pharmacists and drug specialists. He believed that integrating seasoned professionals into the healthcare systems of the least-developed countries was the only way to provide consistent, long-term access to quality medicines.

With the support of a network of French academics, the Foundation devotes its energies to updating the pharmaceutical curricula in countries of the South and overseeing training of teachers and students, sometimes to the doctorate level.

Though access to medicines is clearly part of the right to health, the WHO nevertheless estimates that two billion people do not have access to basic medicines (1). This is why training pharmacists in the Global South is a publichealth priority that the Fondation Pierre Fabre has chosen to support through a long-term commitment in partnership with health authorities in the Asian and African countries it assists.

This work – which entails forging interuniversity partnerships, updating curricula, modernising structures and training faculty – is pursued in accordance with each country’s priorities, with the objective of training specialists who have hands-on knowledge of the realities in the field and ensuring networks can function autonomously. 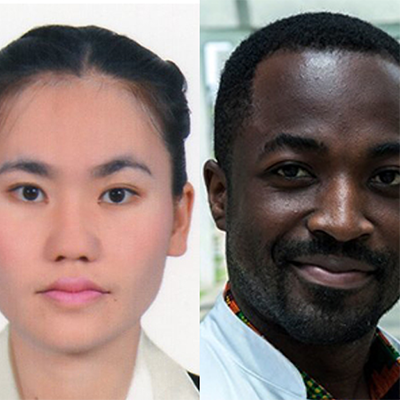 I was very fortunate to gain specific expertise that I share with Togolese students.” 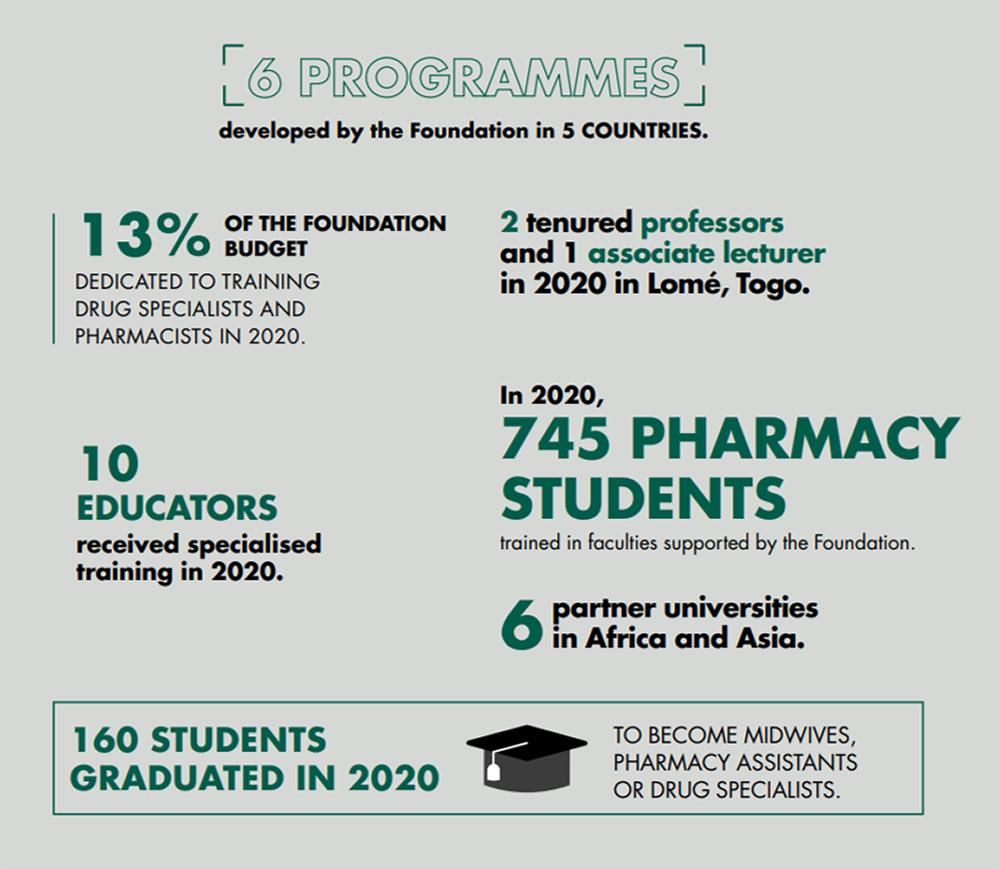 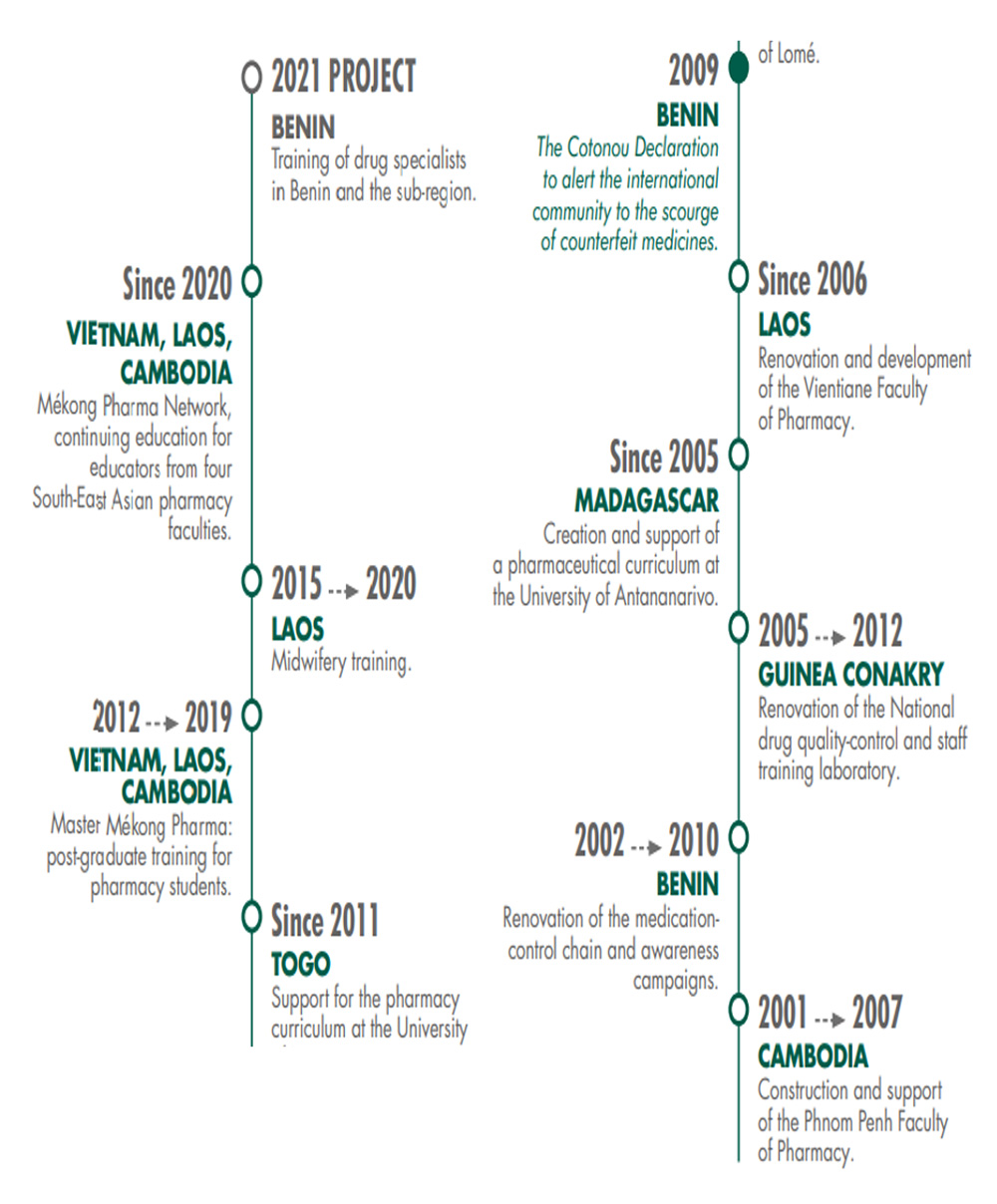 The present pandemic has heightened the disparities in access to healthcare and the vulnerabilities in many countries in which the Fondation Pierre Fabre operates. The Foundation has chosen to become increasingly involved in countries in crisis and with the most disadvantaged populations. In this digital report, including videos and testimonials, we summarise the Foundation’s programmes and initiatives, as well as its governance and modus operandi, based on our partnerships and support given by local entities. Here in these pages, our allies in the field share their perceptions of existing needs and implemented solutions.

A Hanoi Event Dedicated to Pharmacists and Drug Quality

On 11 December 2019, in Vietnam’s capital of Hanoi, the students of the sixth and final Master Mékong Pharma class were awarded their degrees and a new cooperation programme was announced. To mark the occasion, a special presentation was made on the pharmacist’s role in drug quality assurance Training pharmacists in the Global South is a top public-health priority that the Fondation Pierre Fabre has chosen to support over the long term