« Half the world population lacks access to essential medicines even as new pandemics come into being and old ones resurface. In the poorest countries, medications are often non-existent or of questionable quality due to insufficient controls, or even take the form of counterfeit drugs that can be fatal. We can no longer tolerate this situation. Fondation Pierre Fabre was created to actively help resolve these imbalances by improving access to quality medicines and healthcare. This mission must be meticulously carried out, for it is human health that is at stake, and its initiatives must respect the fundamental ethical and moral values ​​that led to its founding. It is a mission of constantly improving healthcare to treat the most underprivileged populations of our planet. I have no doubt that the Foundation, with the support of so many who share these values, is in a position to meet this challenge and win this fight for the greater good.»

The extraordinary career of Pierre Fabre, founder of the Laboratories and Foundation bearing his name, is marked by an entrepreneurial spirit and philanthropic focus. He believed that the success of his Laboratories placed a special responsibility on his shoulders. He therefore fought to be awarded charitable status, declared as working in the public interest. This is the assurance of reliability and steadfast presence, entailing the government oversight of the foundation’s activities through the State’s representation on the Board of Directors, and opening the doors to receiving government grants, donations and bequests. The Foundation was awarded this status on 6 April 1999. 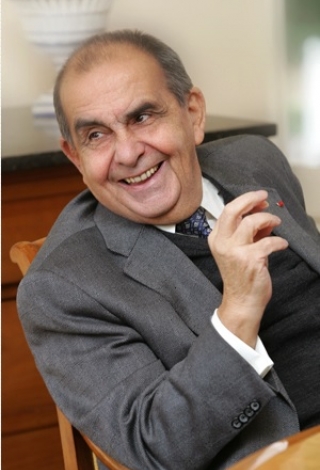 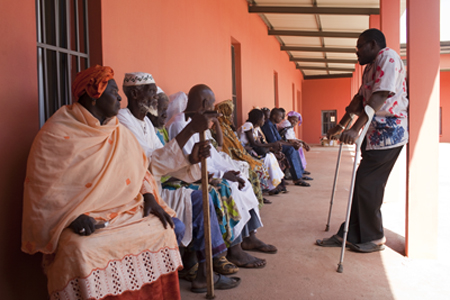 Disinterestedly and independently, with a strictly humanitarian goal, the Pierre Fabre Foundation strives to enable communities from less advanced and emerging countries, as well as those plunged into severe crisis by political or economic upheaval and/or natural disaster, to access the quality and levels of everyday health care and the widely-used drugs defined by the WHO and other organisations as essential to human health. 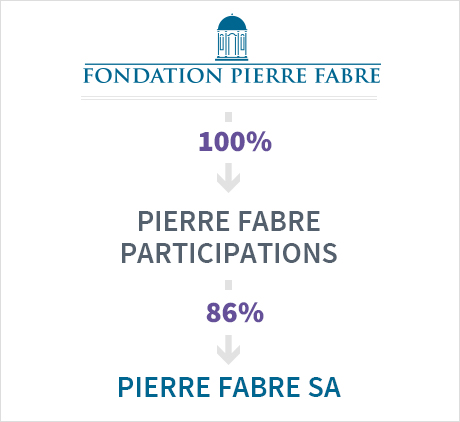 A decisive role in the company’s capital structure

Donating the majority of the company’s capital to the Foundation ensures the group is able to sustainably maintain its independence and values. It has been officially recognised by the French State, a mandatory step in order for a Foundation to be approved as an “organisation for the public good” under French law. While the Foundation is the body that holds the majority of the company’s capital, it does not get directly involved in the operational management of the company and is primarily given over to the work set out in its statutes.

Since the Pierre Fabre Foundation’s inception, it has been dedicated to improving access to healthcare and medicines for people in the least-developed countries. Within this realm, training drug specialists has always been a priority. Because the success of drug supply programmes and the proper use of medications actually depend on the competence of local healthcare workers. Furthermore, Southern countries must learn to make their drug supply chains safe and promote the development of local industries.

In parallel, the Foundation focuses on ensuring access to quality health care to the populations, as those working in the field know the association of healthcare and medication is essential. The Foundation’s work favours those who are most deprived, especially in remote areas of Africa and the Middle East. It is also committed to combating Sickle cell disease. This orphan genetic disease affects more than 300,000 births each year in sub-Saharan Africa. But few governments have tackled this issue head-on. Working with local healthcare centres, the Foundation is developing screening programs and appropriate forms of treatment. Recently, it is committed to supporting tropical dermatology, bridging the access gap in diagnosis and treatment to battle the most serious diseases, such as noma. Lastly, since 2016, the Foundation has extended its field of action to e-health.

Fondation Pierre Fabre mainly holds the role of operator in the projects in which it is involved, which entails a partnership strategy with the stakeholders in countries where it has operations. It also favours initiatives and projects that local stakeholders can master and adopt as their own. Lastly, the Foundation relies on the leveraging of its financial resources to encourage public and private donor participation in its projects. This means that each Pierre Fabre Foundation initiative catalyses the sharing of knowledge, skills and responsibilities.

The initial endowment from the Pierre Fabre Group in cash, real estate and shares

An annual grant from the Pierre Fabre Group companies

The gift received in 2013 upon the death of Mr. Pierre Fabre, to whom the Foundation was sole heir

The Foundation’s work is financed by its resources and revenues generated by asset management. It may also benefit from co-funding by public authorities and private national and international companies.