Creation of a pharmaceutical curriculum at the University of Antananarivo 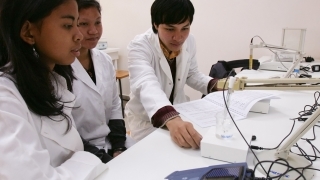 In the early 2000s, with only 250 pharmacies to serve nearly 17 million inhabitants, Madagascar was facing an alarming pharmaceutical shortfall. A situation born of the absence of dedicated training since the country achieved independence in 1960, and which considerably slows access to, and proper use of, medicines. Authorities became concerned and, in 2005, decided to create a Pharmacy Department at the University of Antananarivo’s Faculty of Medicine.

Fondation Pierre Fabre was asked for help, as was Fondation Mérieux. With support from the University of Grenoble, the Foundation helped develop an educational curriculum over a six-year period. The first two years focus on basic science (chemistry and biology); the following three years on specialisation in pharmaceutical sciences; and the final year covers the broader pharmacy networks and hospital pharmacy work. The Foundation also funds the scientific and educational materials, as well as the assignments from the French visiting academics.

The Pharmacy Department’s main objective is to train drug professionals, primarily for the public sector. And, in 2010, the government opened several hospital pharmacist positions, which was a superb reason to welcome the young graduates of the first class in 2011. Of the 20 members of that class, two continued on to a doctorate level with the Foundation’s financial support.

Fondation Pierre Fabre is continuing its involvement to promote quality training with a view to helping improve the Madagascan public health indicators.

On 22 November 2018, construction began on the building that will house the future Faculty of Pharmacy on the University of Antananarivo campus, marked by an official foundation-stone ceremony. The new building’s construction is being financed by the Fondation Pierre Fabre and the Fondation Mérieux, in partnership with Madagascar’s Ministry of Public Health and the University of Antananarivo’s Faculty of Medicine.

Creating an autonomous Faculty of Pharmacy with its own infrastructures will make it possible to sustain this university curriculum and gradually increase the number of students. It is essential to providing the country with the skills needed to deliver and monitor drug treatment, especially in the hospital sector and poorer districts.

The future Faculty of Pharmacy will span a surface area of about 700 m², composed of five classrooms and three fully equipped lab rooms, as well as office space and storage. It is expected to accommodate 40 to 50 students per graduating class by the start of the school year in 2021. 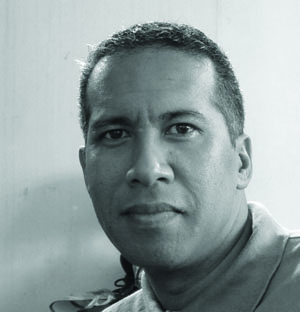 Given the shortage of pharmacists, Fondation Pierre Fabre has made tremendous investments in pharmaceutical education in Madagascar. This is the first time a dedicated department has been established at the Faculty of Medicine. Two classes have already graduated and two-thirds of those graduates have become pharmacists in public hospitals on the island. They have leading roles to play.”

Vice-Dean in charge of pharmacy, Faculty of Medicine, University of Antananarivo

In 2021, work will begin on the construction of Madagascar’s first Faculty of Pharmacy on the campus of the University of Antananarivo.

To increase the number of drug specialists in Southeast Asia, Fondation Pierre Fabre created the Master Mekong Pharma, a Masters of Pharmaceutical Sciences programme. The first class was recruited in 2012.