Primary health care, essential to sustainable growth in any healthcare landscape, is developing unevenly in the South.
________

More than thirty years after the Declaration of Alma-Ata, which sought to protect and promote the health of all people by the year 2000, the declaration has clearly failed. Despite a good deal of progress, much of the world’s population has seen its state of health stagnate or even deteriorate. Access to medicines and treatment of infectious diseases, such as tuberculosis and malaria, remains problematic in many parts of the world. More than six million children under the age of five die each year from treatable or preventable diseases, and about 300,000 women succumb to complications in pregnancy, childbirth or postpartum (2012 WHO/World Bank/UNICEF report). The inequalities are stark indeed: Africa alone supports a quarter of the global burden of disease, and represents a tiny portion of the budget dedicated to health worldwide, according to a Médecins du Monde analysis based on the 2006 WHO report on health.

The Foundation strives to provide support to ensure that access to healthcare –a fundamental right for every human being – is recognised in the most vulnerable communities in emerging countries and people plunged in humanitarian crises due to conflicts or natural disasters. It has been working for two decades in Lebanon and has been providing support to women who are victims of sexual violencein the Democratic Republic of Congo and in Central African Republic. 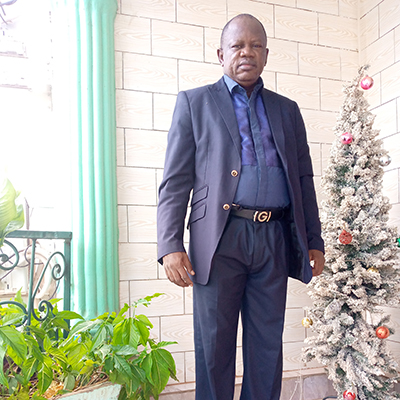 More and more patients are coming to us for consultation.”

Dr. Roch M’BÉTID
Gynaecologist and obstetrician at the Amitié Hospital in Bangui in the Central African Republic, which houses the free care unit for victims of sexual and gender-based violence. 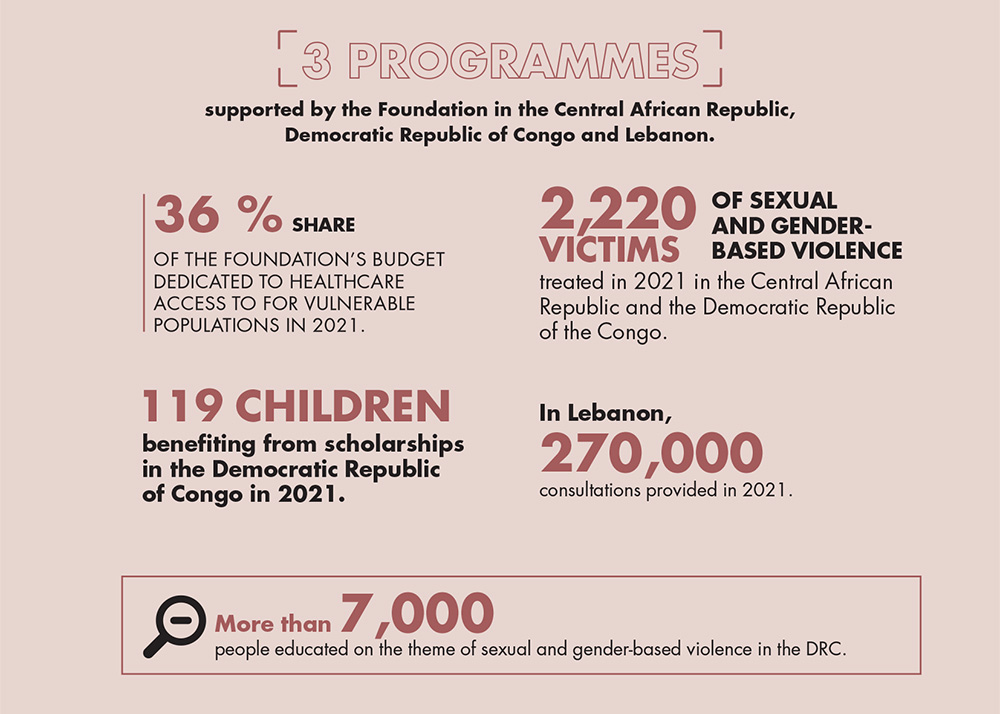 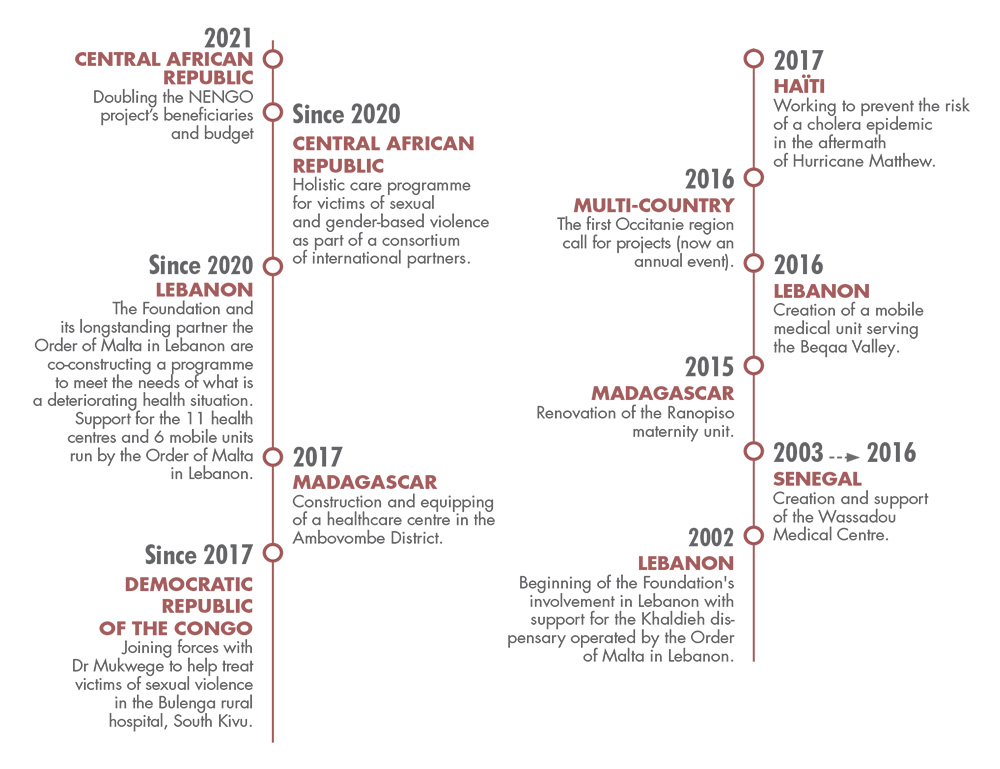 Publication of the book “Nengo, a fight for dignity”

We are pleased to announce the release of the book "Nengo, a fight for dignity" by Editions Privat.

On October 24, a delegation from the Fondation Pierre Fabre, led by its President Pierre-Yves Revol, took part in the inauguration of the new biological analysis and dental prosthesis laboratories of our partner, the Order of Malta Lebanon, within the Saint-Jean-Baptiste medical and social center in Aïn el-Remmaneh.

Interview with Roch M’Bétid, gynaecologist and obstetrician at the Amitié Hospital in Bangui in the Central African Republic, which houses the free care unit for victims of sexual and gender-based violence