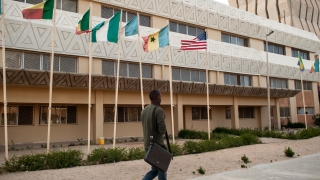 Each year in Africa, 1% of newborns carry the sickle cell trait, meaning 350,000 children. Without swift and appropriate care, half of them may die from complications generated by the disease. Since 2006, the WHO has recommended neonatal screening and early treatment of sickle cell disease to effectively combat this affliction.

In 2013, due to the severity of these needs, the University Gaston Berger in Saint-Louis, Senegal, decided to launch a broad operational study under the leadership of Professor Ibrahima Diagne. The objectives were to measure the benefits of systematic neonatal screening and early treatment, assess and approve ad hoc protocols, and develop a model that could be used across the country and beyond. The University chose to call upon the Malian experience of Fondation Pierre Fabre to accomplish these goals. The Foundation, excited about the project’s scope, agreed to a six-year partnership.

Both institutions therefore opened a testing and analysis laboratory at the University: every year, 6,000 newborns in the maternity ward at the Saint-Louis Regional Hospital and a medical centre on the city’s outskirts are screened. An outpatient support unit to help sick children is also being created. Meanwhile, the local medical and paramedical staff are trained in diagnosis and management of the disease and the broader population, more specifically pregnant women, are being educated on the need for neonatal screening. Once the study is completed, children will continue to be monitored until the age of fifteen.

For Fondation Pierre Fabre, this operational study is important in more ways than one. First, it accomplishes a twofold mission by combining healthcare with research. Second, it serves as the basis for an innovative model in line with Senegal’s needs and means. Lastly, it promotes an approach belonging to African scientists, which is a powerful argument in light of the fact that 80% of sickle cell disease research is performed in the North, while 80% of those afflicted with the disease are in the South.

In 2019, an article was published as part of this study on a health information system for data management of the blood sampling from the newborn at the maternity wards and the disease screening at the Center for Research and Ambulatory Care of the Sickle Cell Disease (CERPAD).
Towards an Information System for Sickle Cell Neonatal Screening in Senegal,
Diallo A.H., Camara G., Lamy J.B., Lo M., Diagne I., Makalou D., Diop M., Doupa D.
Stud Health Technol Inform 2019 258: (95-99)

While the United States, Brazil, Europe and other countries, such as India, have developed their own models in the global fight against sickle cell disease, this is not the case in Africa. So we must find a way to offer a systematic neonatal screening that can be applied on a nationwide scale.”

Pr Ibrahima Diagne
Paediatrician, Coordinator for the Ministry of Health and Social Action for the fight against sickle cell disease, Director of the Training and Research Unit for Medicine at the University Gaston Berger of Saint-Louis du Sénégal 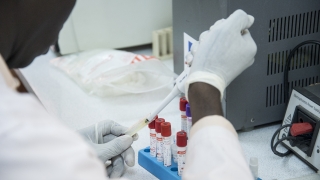 newborns screened since the launch of the program 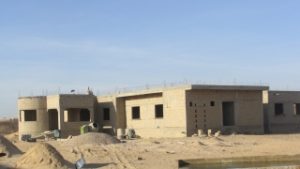 The Foundation and the University are continuing to train health workers, including midwives who raise awareness among mothers at birth. In the medium term, a project is being prepared for CERPAD to be set up as a University Institute for Training and Research on Sickle Cell Disease, in order to create the necessary conditions to benefit from the resources needed to consolidate the project.

Support for creation and development of a bush hospital

In 2003, to improve access to healthcare for isolated populations in Tambacounda, the Foundation helped design and build a medical centre set deep in the bush in Wassadou.