Supporting the fight against sickle cell disease in Sub-Saharan Africa 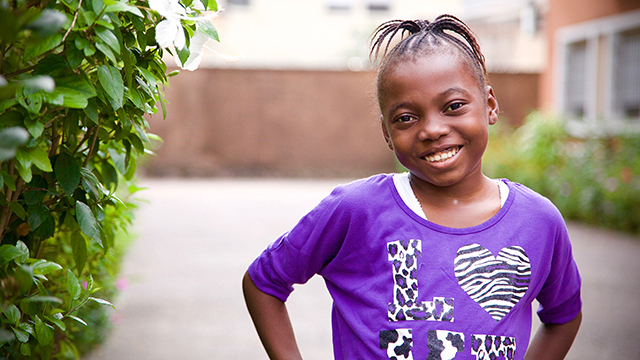 In Central Africa and Côte d’Ivoire, the prevalence of the sickle cell gene varies from 10% to 30%. According to the WHO, up to 2% of infants born in these countries enter the world with the most serious form of the disease and, without appropriate treatment, as many as 50% to 75% of them die before reaching the age of five. In the face of this health challenge, declared by the WHO to be a public health priority, governments often lack the means to implement an effective strategy to fight sickle cell disease, and access remains limited to screening and quality treatment. These facts led the Fondation Pierre Fabre and its partners from Côte d’Ivoire and three Central African countries (Democratic Republic of Congo, Central African Republic and Cameroon) to design a vast project to support the fight against sickle cell disease. This multi-country project, headed and coordinated by the Fondation Pierre Fabre and co-financed by the Agence Française de Développement, must address the major challenge of reducing morbidity and mortality linked to sickle cell disease by acting on several levels:

Detect: Early detection and treatment are essential to reducing the morbidity and mortality linked to sickle cell disease in children. Nevertheless, despite the high prevalence of this disease in the countries where the project operates, access to neonatal screening remains limited for a substantial portion of the population. This project therefore aims primarily to facilitate the diagnosis of sickle cell disease by making screening available free of charge at more than 50 healthcare structures partnering with the project. To adapt to varying contexts, several screening strategies and techniques are being utilised. The innovative use of Rapid Diagnostic Tests (RDTs) maximises the decentralisation of access to diagnoses and facilitates implementation of complementary screening strategies, such as screening pregnant women during prenatal consultations or symptomatic children. This project is unprecedented in scope, with the ultimate objective of screening more than 100,000 new-borns, 80,000 pregnant women and 7,000 children.

Treat: Sickle cell disease, a chronic ailment with many complications, requires appropriate treatment and special monitoring, especially during the first years. In countries where access to treatment remains largely the responsibility of patients and their families, this project reduces the economic burden of this disease on families by offering appropriate treatment for each child diagnosed with a major sickle cell disease syndrome. In addition to funding a certain number of elements essential to treatment (medication, biological assessments, consultations), particular emphasis is placed on therapeutic patient education (TPE), including the patient’s family, by holding individual and group sessions led by trained professionals. By the end of the project, more than 4,500 children will benefit from appropriate and local treatment.

Train: The many ways in which sickle cell disease is expressed and the complexity of its physiopathology meant that healthcare personnel, on all levels of the health pyramid, must have a solid understanding of the disease. This project relies on the expertise of all its partners to disseminate the knowledge essential for appropriate treatment by coordinating initial and continuous training. Over the three years of this project’s implementation, more than 2,000 professionals (physicians, nurses, midwives) and 3,000 students will receive specific training on sickle cell disease. The project also has the objective of integrating modules dedicated to the disease into the official training curriculum for medical and nursing students.

Raise awareness: Despite the high figures for prevalence of the sickle cell trait, sickle cell disease remains a misunderstood malady and is surrounded by many misconceptions. These can lead to the stigmatisation of those with a major sickle cell syndrome and their relatives, which poses an additional obstacle to proper patient treatment. Moreover, awareness of the mode of transmission sometimes remains incomplete and a large part of the population is unaware of its connection with haemoglobin. This project supports 56 civil-society organisations involved in fighting sickle cell disease, facilitating their work in raising public and governmental awareness of this disease. By the project’s end, these entities will benefit from strengthened skills through structural support and member training.

Support public authorities: Integrating sickle cell disease into primary health care and, more generally, developing strategies to combat the disease on a national level are two of the main objectives of the project. Although having a specific and dedicated institutional framework to fight sickle cell disease is one of the WHO’s recommendations, of the countries in which the project operates, only the Democratic Republic of Congo has thus far established such a tool, in great part through support from the Fondation Pierre Fabre (for more information: https://www.fondationpierrefabre.org/en/countries/the-drc-introduces-a-national-plan-to-combat-sickle-cell-disease/). In Cameroon, Côte d’Ivoire and the Central African Republic, the project helps the authorities develop a national strategy to fight sickle cell disease. In the DRC, it supports the existing national strategic plan to combat sickle cell disease and promotes it through its role as coordinator for the country’s efforts to fight the disease.

4,700
children with sickle cell disease benefit from supported treatment, including 2,200 from cohorts from projects previously supported by the Foundation.

2,000
practicing healthcare personnel and 3,000 students trained in treatment of the disease

3,000
students trained in treatment of the disease

The long-term objective is to sensitise governments to the benefits of a national programme combatting sickle cell disease, and having a viable and adaptable disease management model.

The fight against sickle cell disease in the Central African Republic is moving forward!

On 16th September, the Fondation Pierre Fabre launched the drep.ACCI project in Bangui, under the patronage of the First Lady of the Central African Republic, Mrs Brigitte Touadera, and in the presence of national dignitaries and technical and financial partners, including the Pasteur Institute of Bangui and the AFD - Agence Française de Développement, which is co-financing the project.