Support for the Khaldieh medical-social centre

In the 1980s, during the war in Lebanon, the Order of Malta built a dozen of medical-social centres to assist victims of the conflict. Now, after the war, these centres continue to work to help the poor. Among them is the centre in Khaldieh in the north of the country: this is the facility that Pierre Fabre decided to personally support. His financial commitment was taken over in 2002 by Fondation Pierre Fabre.

Serving mainly the inhabitants of the Zgharta, Danieh and Tripoli regions, the Khaldieh centre provides essential primary healthcare, in a particularly remote and disadvantaged rural area. This translates to nearly 60,000 medical procedures provided by the centre each year. It also provides crucial social support to the population, treating each person as a whole, a physical, moral and social being. However, since 2012, the centre has been faced with a new humanitarian crisis. Located fewer than 40 kilometres from Syria and on the same latitude as Homs, it serves as a landing place for many Syrian refugees.

Besides free treatment and medicines, it delivers kits containing basic necessities, baby food, clothing or personal hygiene articles. It provides support to these refugees to help them withstand the trauma of war. And the phenomenon continues to escalate: in 2014, the centre performed nearly 7,400 consultations.

Today, there is no doubt about the added value of the Khaldieh centre. The Lebanese government has recognised it as a model of primary care. Fondation Pierre Fabre continues to support it each year. In 2015, it also financed the purchase of medicines for Syrian refugees, for the Kefraya centre, set in the Beqaa Valley which is, like the Khaldieh centre, managed by the Order of Malta.

Our mission continues in the centre of North Lebanon, as it has for 27 years now. Our services have expanded, thanks to a team of doctors and staff who are entirely dedicated to the centre’s objective. The number of patients grows steadily. We are grateful to Fondation Pierre Fabre for its generous and continued support.” 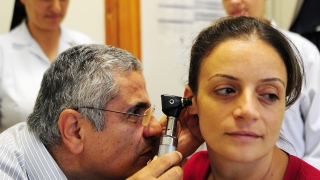 medical and social acts in 2019 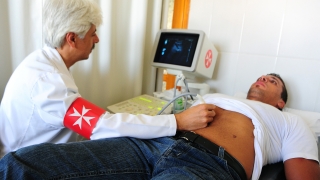 It is the only centre in Zgharta district to initiate the national health coverage project with 553 poor families concerned. Its health services covered 71% of this population, 88% of children under 2 years of age were vaccinated, 97% of adults had a diabetes screening test… One of the main objectives is to improve the quality of care and services by extending consultations to mental health.

Support for creation and development of a bush hospital

In 2003, to improve access to healthcare for isolated populations in Tambacounda, the Foundation helped design and build a medical centre set deep in the bush in Wassadou.

The multidisciplinary treatment centre for victims of sexual violence officially opened on 24 November in Bangui, CAR.

All programmes
Top
Go to Top