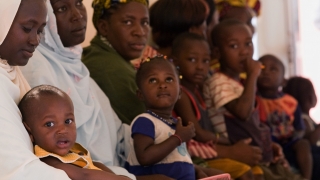 With high prevalence in the country, ranging from 4% to 25% from north to south, sickle cell disease is a particularly formidable foe in Mali. In 2005, an estimated 5,000 to 6,000 newborns have sickle cell anaemia requiring structured medical oversight. Paradoxically, local health professionals know little about this disease, one generally diagnosed too late based on its serious complications.

Fondation Pierre Fabre, having learned more about the issue from Professor Gil Tchernia and having secured the support of Professor Dapa Diallo, then head of hepatology at the Point G Hospital, decided to create a Research Centre to combat sickle cell disease (CRLD) in Bamako. The centre’s mission would be to screen for the disease, receive and hospitalise patients, conduct training and information campaigns, but also to perform clinical research. In 2006, the Foundation began bringing together the public and private partners needed to create the centre. It funded equipment purchases, arranged training for healthcare personnel, etc. Four years later,  the CRLD opened in January 2010.

For the Pierre Fabre Foundation, the adventure has continued by way of two agreements covering the periods 2010-2012 and 2013-2015. It would subsidise the CRLD’s development, including training for the medical staff of care centres in Mali and the sub-region. Since 2014, the Centre has been awarding a university-level “Sickle Cell Disease” degree, one created by a 2013 decree and that 17 doctors have already obtained.

Today serving patients residing in Bamako, as well as in other Mali regions or neighbouring countries such as Guinea and Mauritania, the Bamako CRLD plays a fundamental role in the regional fight against sickle cell disease. As such, it conducts research on subjects such as the morbidity and mortality of malaria in people with sickle cell disease, or the prevalence of HIV, HBV and HCV infections and anti-Rh and Kell allo-immunization in sickle cell patients.

Lastly, an important project has been underway since 2018 to digitize the cohort’s clinical data. It will ultimately allow for better monitoring and the possibility of conducting clinical studies.

The centre’s results have shown that the extent of the disease in our country has thus far been underestimated. Fortunately, the authorities and the general population are now genuinely committed to fighting sickle cell disease in Mali. The government has been financing 80% of the centre’s annual budget since its inception.” 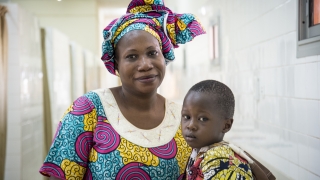 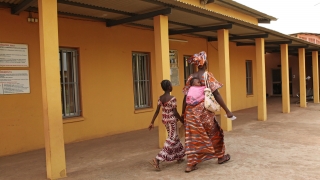 100
new patients per month on average 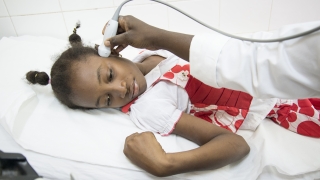 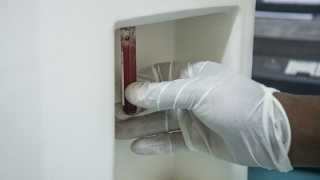 Since 2018, an important project has been underway to digitize the cohort’s clinical data. It will ultimately allow for better monitoring and the possibility of conducting clinical studies.

During creation of the project:

Since creation of the project:

In 2013, the University Gaston Berger began an operational study of neonatal screening and early treatment of sickle cell disease. The Foundation has joined forces with this effort.

From 8 through 20 November 2021, 31 physicians from nine African countries will follow the sixth presentation of the curriculum for the University Diploma in Sickle Cell Disease by the Sickle Cell Disease Research Centre (CRLD) in Bamako, Mali. The qualification-based course was introduced in 2014 to raise awareness of this disease among doctors and provide them with training to improve patient care in regions where healthcare personnel and resources are scarce.

All programmes
Top
Go to Top