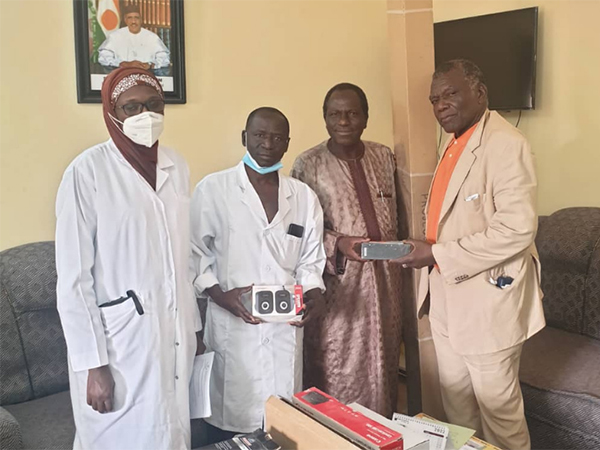 Following the projects rolled out in Mali, Mauritania and Togo, E-Dermato Niger intends to promote access to dermatological treatment for rural populations living far from major urban centres where most specialists are located.

Niger, with a population of 22 million people in a territory spanning more than 1.2 million square kilometres, is one of the world’s least-equipped countries when it comes to healthcare infrastructure. In 2013, only 48% of the population had access to a healthcare centre or rural health point within a five-kilometre radius and the country had just one dermatologist for 1.4 million people (data from a survey of the country’s dermatologists in 2018-2019).

At the second African Teledermatology Conference hosted by the Fondation Pierre Fabre in Togo in 2019, Niger expressed its intention to replicate the teledermatology project that has been operational in Mali since 2015: the Teledermali initiative.

Led by the Telehealth Development Support Unit in collaboration with the Nigerien Medical Informatics Society, E-Dermato Niger is designed to improve the range and quality of treatment for skin diseases through skills transfer and the installation of telemedicine technical requirements.

E-Dermato Niger is based on a twofold approach:

The project was designed with the support of six dermatologists practicing in these regions and will eventually be implemented in 16 structures thanks to planned skills development for 40 healthcare workers.

The project sites were chosen based on several criteria:

An 18-month pilot phase prior to evaluation and scaling up

Preventing skin cancers due to albinism

Prevention and early management of skin cancer for people with albinism