» Our programmes » Dermatology » Creation of a national teledermatology service

Creation of a national teledermatology service

In Mali, studies show an elevated rate of skin disease that reaches as high as 30%*.  These conditions are most often infectious dermatoses, such as impetigo, scabies and eczema. Though benign, they all can have disastrous consequences. In children, impetigo can cause heart valve valvulopathy, or even kidney failure. Unfortunately, with very few dermatologists (approximately one per 720,000 inhabitants, most based in the country’s capital), the country is facing a shortage of specialists and low skill levels in peripheral health facilities.

Nevertheless, the healthcare workers at these centres freely seek advice from specialists by using mobile phones, which are becoming increasingly widespread across the continent. After observing this phenomenon, Professor Ousmane Faye, Director of the Bamako Dermatology Hospital, came up with the idea of ​​using tele-expertise (one or more healthcare professionals communicating via information and communication technologies, or ICTs) to diagnose and oversee treatment of skin diseases. As dermatology relies heavily on visual observation, ICTs can be particularly effective tools in diagnosis and treatment.

An 18-month pilot programme was begun in 2015 to test this model’s effectiveness, an undertaking that was supported by the Fondation Pierre Fabre in the Koulikoro, Sikasso and Mopti regions.

This pilot programme helped confirm key factors to success: twenty general practitioners and nurses were trained in the diagnosis and treatment of common dermatoses that do not require a dermatologist’s expertise, so as to keep the project focused on complicated cases. They were also trained in digital tools, including how to take high-quality photos of symptoms. When a patient has a pathology that these GPs and nurses do not know how to treat themselves, these professionals send photos of the dermatological lesions through a tele-expertise platform known as “Bogou” (meaning “mutual aid” in Bambara). This platform makes it possible for dermatologists to evaluate complex cases and issue a diagnosis and treatment recommendations, usually that same day. The 10 pilot health centres were also provided with digital cameras and Internet connections.

Assessment of this pilot programme, especially verifying how often the remote diagnosis was consistent with the later physical verification of the illness, helped demonstrate how new technologies can improve skin health in the country’s population.

Extending the model to other countries

Every year, as a way of sharing the advances brought about through teledermatology, the Fondation Pierre Fabre and its partners host Les Assises de Télédermatologie Africaines, the African Teledermatology Conference.  The first of these Assisses was held on 1 June 2017 in Bamako, with the National Centre for Disease Control (CNAM) in Bamako and the Bamako Faculty of Medicine and Odontostomatology. At this event, the Fondation Pierre Fabre announced a call for proposals open to health structures in other African countries interested in receiving support to implement similar initiatives. After reviewing the submitted proposals, the Foundation decided to support two teledermatology projects, one proposed by the Société Mauritanienne de Dermatologie (Mauritanian Dermatology Society – SMD) and the other by the Société Togolaise de Dermatologie et des infections sexuellement transmissibles (Togolese Society of Dermatology and Sexually Transmitted Infections -SOTODERM).

The second Teledermatology Conference was held in Lomé, Togo, in 2019, co-hosted with the SOTODERM and drawing nearly a hundred representatives (dermatologists, physicians, directors of non-profit organisations, etc.) from 12 countries in sub-Saharan Africa.  After reviewing the progress made in the Malian, Mauritanian and Togolese projects, dermatologists and medical facility managers discussed two key themes:  training local health staff and dermatologists, entailing skills transfer for the former and developing specialised curricula for the latter; and skin cancer prevention and treatment in people with albinism, which included presentations on Foundation-supported projects in Mali, Tanzania, Malawi and Togo. 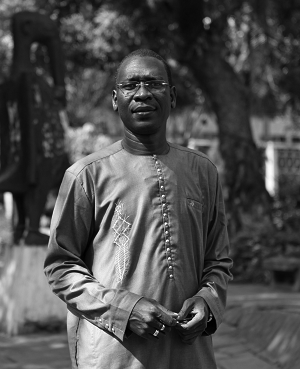 Our project is based on both quality of care and training capacity. For the quality of care, we can count on the specialists from the CNAM, which is home to the country’s largest dermatological reference center. For the training capacity, the Faculty of Medicine and Odontostomatology is highly relevant: it trains the most senior healthcare managers in Mali. Furthermore, it already has a telemedicine platform in place. This proven tool will make possible the exchange of information between the dermatologists and health workers in the nine pilot centres.”

At the end of the programme, the project will cover 80% of Mali’s peripheral health centres. 160 health workers will be trained and networked.

Appalled by the ravages of noma, the Enfants du Noma (Children of Noma) association has been giving Burkinabe children affected by the disease new faces. The Foundation began supporting this mission in 2015.