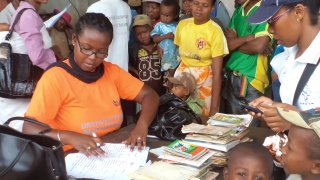 In Madagascar, 10% of the population carries the sickle cell trait, and 1% to 1.2% has the homozygous form of the disease, especially in the eastern and south-eastern regions. Though those afflicted are increasingly tested and monitored, disease-modifying drugs and long-term treatments remain insufficient, a scenario resulting in severe hepatobiliary, osteoarticular and other complications.

Fondation Pierre Fabre answered the call when approached in 2011 by the LCDMF association for support in its fight against the disease. The reasons were the following :  the Foundation had been battling sickle cell disease in Africa since 2005 and  and it was already involved on the “Big Island”, helping train drug professionals. This additional collaboration therefore seemed a natural next step.

The Foundation pledged two years of financial support starting in 2012, funding a programme centred on patient screening and care, medical staff training, opening a specialised centre in the Manakara region, and public education on sickle cell disease. Furthermore, as the LCDMF body had already forged a regional network of primary physicians monitoring diagnosed patients, the Foundation subsidised the development of DrepanoMRS. This innovative application made it possible to computerise medical records, share patient diagnoses and follow-up, and add data to epidemiological studies.

Though its partnership with the LCDMF association ended in late 2013, Fondation Pierre Fabre continues to support the fight against sickle cell disease in Madagascar through a multi-country programme that has increased resources. The LCDMF itself is planning to step up efforts and, in the longer term, develop a technical platform for performing transplants, a radical way to treat this disease.

Over the course of our cooperation with Fondation Pierre Fabre, we truly valued the support it provided in detecting the disease and its complications, patient treatment, and the training provided for medical personnel and specialists. Without that help, we simply would not have been able to have an impact on sickle cell disease.”

Prof. Olivat Rakoto Alson
Head of the Haematology Department of the HJRA University Hospital Centre, Antananarivo, sickle cell disease specialist for the Ministry of Public Health, and President of the LCDMF’s Scientific Committee 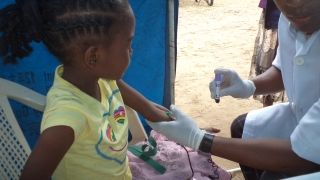 More than 3 000
tests performed in 2013, resulting in diagnosis of nearly 1,000 cases of sickle cell disease 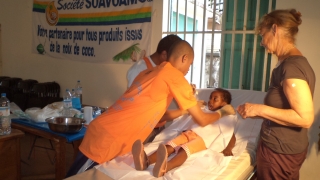 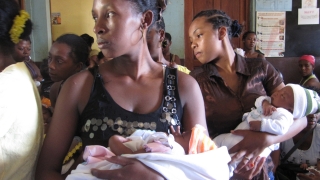 1,7%
death rate among treated 0-to-5 year-olds (compared to a 50% death rate without early treatment and quality care) 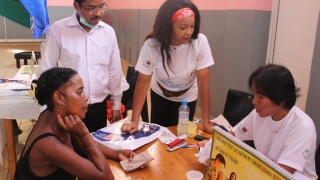 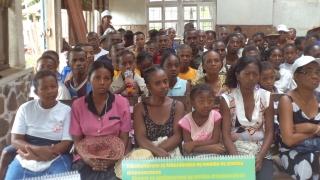 336
socio-educational workshops and discussion groups held in 2013, and over 3,400 genetic counselling sessions held with at-risk couples 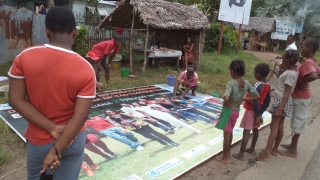 More than 300
television public service announcements broadcast in 2013, in 18 out of 22 regions, to raise public awareness about importance of screening

Creation of a pharmaceutical curriculum at the University of Antananarivo

Faced with an alarming lack of pharmaceuticals, Malagasy authorities called upon the help of partners, including the Foundation, in 2005. The objective was to found a Faculty of Pharmacy in Antananarivo.