» On 28 May, the Fondation Pierre Fabre officialised its commitment to support the work of Dr Mukwege

On 28 May, the Fondation Pierre Fabre officialised its commitment to support the work of Dr Mukwege

On 28 May, the Fondation Pierre Fabre officialised its commitment to support the work of Dr Mukwege

During a week-long mission to the DRC, representatives of the Fondation Pierre Fabre and its partners toured the Panzi referral hospital and then the Bulenga hospital, which will receive support from the Foundation. 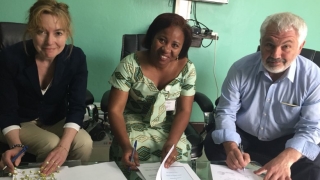 On 28 May, in Bukavu, in the South Kivu province of the Democratic Republic of Congo, Béatrice Garrette, Director General of the Fondation Pierre Fabre, Professor Jean-Pierre Massias, President of the Institut Universitaire Varenne (IUV) and Dr Christine Amisi, Executive Secretary of the Panzi Foundation, signed the memorandum of understanding governing the partnership that will develop the care programme for women who are victims of sexual violence in the Bulenga Hospital that has been newly established in a rural area.

The goal is to take the holistic model implemented by Dr Denis Mukwege at the Panzi Hospital in Bukavu and extend it to Bulenga. This model includes medical, psychological, socio-economic and legal care. The Fondation Pierre Fabre will finance all medical and psychosocial care and the Institut Universitaire Varenne will support the legal component.

The delegation visited the Panzi Hospital, founded 20 years ago by Dr Mukwege, where all the activities were developed to receive, treat and “repair” the victims of sexual violence at the hospital, open to the broader local population, helping to destigmatise care.

The delegation went to the Bulenga Hospital, north of Goma, which, although located only 165 km from Bukavu, is very hard to reach. This facility – built in 2016 in a region suffering from great poverty and where only a third of the inhabitants has access to drinking water – provides care to the entire population at low cost; and it has a special programme for women who have suffered sexual violence and those impacted by the consequences of a lack of pregnancy follow-up (prolapse, obstetric fistula). The Foundation’s assistance will provide care free of charge for these women.

Built on a large plot that offers potential for expansion, the hospital was designed to be self-sufficient in electricity (solar panels) and drinking water (spring water pumped and distributed using cisterns and a private network). Its departments include internal medicine, paediatrics, gynaecology, surgery (non-complex cases; others are referred to Panzi), a maternity ward, an analysis laboratory and a pharmacy.

The delegation was hosted by the centre’s staff and patients; its members took part in a very open discussion and were able to see the progressive implementation of the holistic model and hear from the doctors, the psychosocial assistants, the newly appointed psychologist and the paralegals that assist the victims in filing complaints.

For the Fondation Pierre Fabre, it is clear that this programme dovetails perfectly with its mission and reinforces its support, as evidenced by the poverty and great needs context on one side and on the other the well-organised, high-quality care and teams at the Panzi and Bulenga facilities. 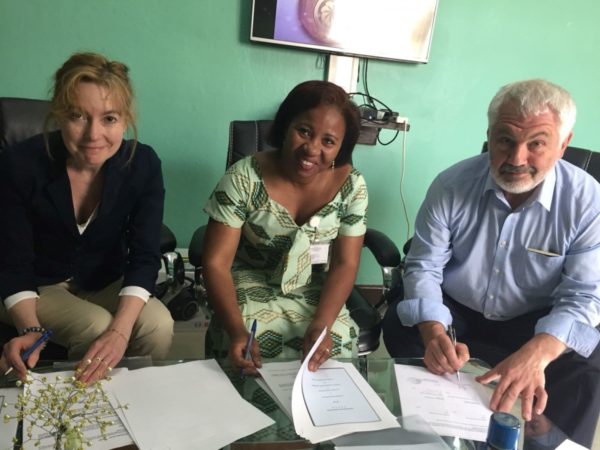 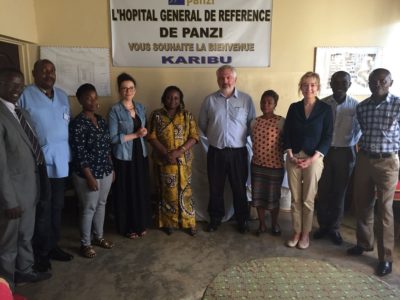 Being welcomed at the Panzi General Hospital 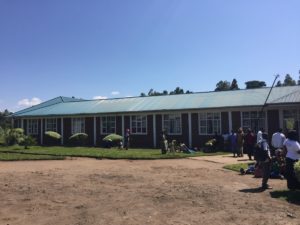 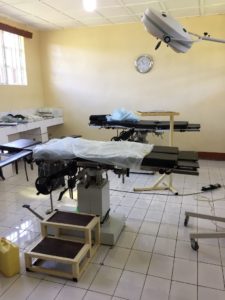 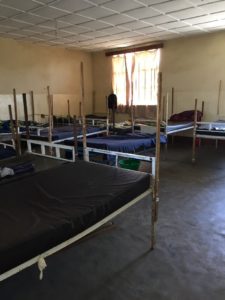 Treatment room for women who are victims of sexual violence 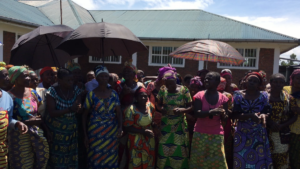 Welcome song from women who have been treated at Bulenga Hospital