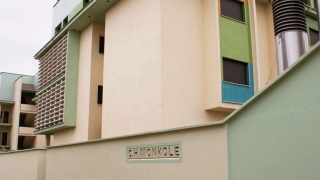 Though Fondation Pierre Fabre has been involved in the fight against sickle cell disease in Mali since 2006, it has continued to be committed to the cause in other sub-Saharan countries. For the Foundation, helping to create screening and treatment units means supporting the independence of these countries in coping with the disease and developing a South-South skills network.

The Democratic Republic of the Congo is of particular interest: 50,000 newborns are affected by the severe form of the disease every year, and 6% of children hospitalised in the paediatric unit have sickle cell disease. The country’s health authorities have been taking action: for example, in 2006, they established a national action programme against this disease, which was implemented with precious help from Professor Léon Tshilolo, Director of Centre hospitalier Monkole (Monkole hospital) in Kinshasa.

In 2011, the Pierre Fabre Foundation decided to join forces with this respected specialist. It pledged to provide two years of support for the sickle cell treatment unit at the Monkole hospital facility. This support entailed funding the materials needed for patient screening and treatment, as well as training healthcare personnel, done in part through the CEFA (healthcare training and support centre) associated with the hospital. It also subsidised education about the disease for patients, their families, health workers and the general public. Lastly, in 2012, the Foundation helped build a paediatric unit dedicated to sickle cell disease housed in a new building of the hospital complex.

Now completed, the Foundation’s work has nevertheless continued through a multi-country programme involving the Democratic Republic of Congo and the Monkole centre, as well as Cameroon, Congo-Brazzaville and Madagascar. This broader, more ambitious project will combine and catalyse the expertise and best practices of these entities to improve management of the disease in each country, and serve as an international advocacy platform in the fight against sickle cell disease. 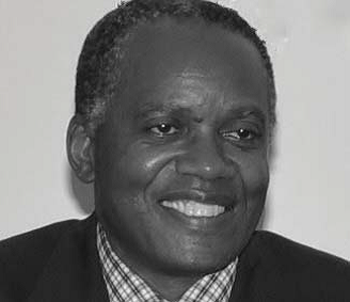 The help we’ve received from Fondation Pierre Fabre has been invaluable to us. Today, however, we are still seeing a major shortfall in material and human resources, in contrast with the disease’s extreme prevalence and its negative social impact on families. Early screening, as recommended by WHO, is performed in the city of Kinshasa. I’m delighted that our work will continue as part of the multi-country programme.”

31,569
samples analysed between March 2011 and December 2012 in the neonatal and infant screening campaigns, including 10,786 with the support of Fondation Pierre Fabre