» University of Lomé – Introduction of formulation labs for pharmacy students

University of Lomé – Introduction of formulation labs for pharmacy students

University of Lomé – Introduction of formulation labs for pharmacy students

Since June 2015, there are pharmaceutical formulation labs in place at the University of Lomé, Togo.

Prior to this time, only theory courses in galenical preparation, the science of drug formulation, were offered. 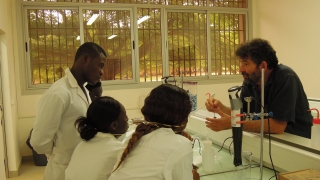 Pharmacy students at the University of Lomé were able to close the 2014-2015 academic year with classes and lab work in formulation. Until now, only those studying chemistry and pharmacology had access to laboratory equipment, provided by Fondation Pierre Fabre with support from academics from the Paul Sabatier University in Toulouse.

A mobile pharmaceutical laboratory
On 13 June 2015, Mr Gilles Lemagnen, lecturer at the University of Bordeaux and attached to the Industrial Pharmaceutical Technology Laboratory at the University of Bordeaux, brought to Togo the equipment needed to set up a galenical preparation lab, one unique in its portability, a “mobile lab” concept for which all equipment and raw materials fit into six travel cases. 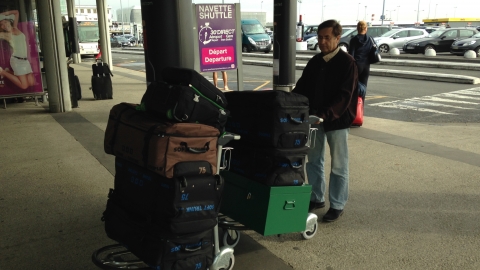 What also makes this project so ingenious is how it brings together simple tools and materials, including electrical appliances which, when paired with specialised devices such a manual tablet press and capsule filler, make it possible to teach the basic operations of medication manufacture.

Lab work has begun
Once the laboratory was completed, fourth- and fifth-year students could actually practice hands-on application of the theory they had learned in lectures. Under the supervision of Dr Lemagnen and Dr Kowouvi, a young pharmacist with a master’s degree from the University of Bordeaux, the students successfully tested their skills in making various forms of pharmaceuticals, able to try their hand at seven different operations, including the pharmacotechnical testing of each drug type made. Anti-inflammatory tablets, calcium carbonate capsules, a skin-softening lotion and even a copper sulphate gel were produced by the students for the first time. When they left at the end of each session, they were allowed to take a sample of their own work with them.

This lab could ultimately be used in developing drug forms based on the local pharmacopoeia. Stay tuned for further updates.